You are here: Home / Archives for Gary Glitter 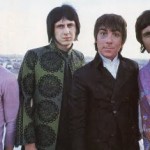 1964, The Rolling Stones were at number one on the UK singles chart with "It's All Over Now," the group's first of eight UK chart toppers. The original Valentinos version of the song was played to the Rolling Stones during their first North American tour in June 1964 by New York radio DJ Murray the K. It was originally written by Bobby Womack and Shirley Womack. The Stones … END_OF_DOCUMENT_TOKEN_TO_BE_REPLACED

This week on  The Award Winning 3D RadioActivity, and on this episode we are celebrating triple gold, Our 150th Show and in tribute to The London Olympics, Seanimal and I are playing songs about Sports!  Music and sports are so intertwined it's hard to imagine one without the other. The action on the field has a built-in sound track—a perfect score. The ancient Greeks … END_OF_DOCUMENT_TOKEN_TO_BE_REPLACED