You are here: Home / Archives for J.Geils Band 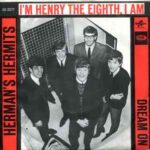 1965, Herman's Hermits went to number one on the singles chart with "I'm Henry VIII I Am." The single was only released in the US. Singer Peter Noone once interviewed Elvis Presley for UK music paper New Musical Express. 1965, Mike Smith of the Dave Clark Five suffered two broken ribs when he was pulled off the stage by a fan in Chicago. 1965, The Turtles' remake of Bob … END_OF_DOCUMENT_TOKEN_TO_BE_REPLACED 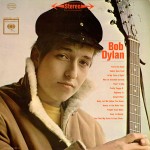 1962, Bob Dylan's debut album Bob Dylan was released in the Untied States. Initially poor sales led the record to be known around Columbia Records as "Hammond's Folly." John Hammond was producer of Dylan’s early recordings and the man responsible for signing Dylan. The album was praised by the New York City weekly newspaper Village Voice as an "explosive country blues debut," … END_OF_DOCUMENT_TOKEN_TO_BE_REPLACED

What did you hand out to the trick or treaters who came to your doorstep for Halloween? The 3D RadioActivity had music to give this week. Tune in, we Give You Just A Little More Time, Give You The Night, Give A Little Bit, Patience, Strength, and at least one reason... for Love and Peace On Earth. [jwplayer mediaid="6575"] Got any musical political ambitions for … END_OF_DOCUMENT_TOKEN_TO_BE_REPLACED

This time on The Award Winning 3D RadioActivity, the word lost can be taken many ways. * a person in Solitude * Lost, Aberdeenshire, a hamlet in Scotland * Mustard gas, also known as Lost. * "Lost", a slang term for being under the influence of the hypnotic drug Ambien * abbreviation for Local option sales tax. It could be one of two tv shows or a pair of movies. … END_OF_DOCUMENT_TOKEN_TO_BE_REPLACED

On this episode of The Award Winning 3D RadioActivity, we are playing songs about Work, various professions and other employees on the jog in honor of the United States Holiday celebrating "Labor Day". [jwplayer mediaid="5725"] We hope you had a pleasant day away from your toils, and have gratitude for all of the people who are on the clock. … END_OF_DOCUMENT_TOKEN_TO_BE_REPLACED