You are here: Home / Archives for Jim Caldwell

on the Weekend Sports Report with Packer Dave and Steve Leventhal ....we are joined by Dan Jiggetts of Comcast Sports Chicago to preview the Raiders - Bears game.  Also Jeff Rich chimes in on the surging Arizona Cardinals. We look at the rest of the NFL including the Packers at 49ers, and the struggling Lions.  Our fantasy sports expert Mike Perlow gives us his player picks … END_OF_DOCUMENT_TOKEN_TO_BE_REPLACED

with Dave Rusch and Steve Leventhal ....mercifully, the last podcast of the year, looks at Black Monday in the NFL with firings in Chicago and New York, as well as a parting of the ways in San Francisco. Plus a look at the first round of the NFL playoffs. Hear interviews from Aaron Rogers, Mike McCarthy, Jim Caldwell, Pete Carroll, and Phil Emery, fired as Bears GM. Also we … END_OF_DOCUMENT_TOKEN_TO_BE_REPLACED 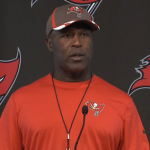