You are here: Home / Archives for Jim Morrison 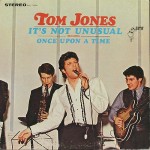 1965, Tom Jones was at number one on the singles chart with "It's Not Unusual." 1965, The Who go into IBC Studios, London to record their first album. Songs known to be recorded on this date are Pete Townshend's "You're Gonna Know Me" (later retitled "Out In The Street"), plus covers of James Brown's "Please Please Please" and "I Don't Mind," Bo Diddley's "I'm A Man," Martha … END_OF_DOCUMENT_TOKEN_TO_BE_REPLACED

1967, The Beatles began recording  "Lucy in the Sky with Diamonds" at Abbey Road studios, London. Work on the new John Lennon song began the day before with extensive rehearsals. Despite the acronym of the song spelling out LSD, the origins of the composition came from a drawing that Lennon's son Julian had made of his classmate Lucy O'Donnell. John wrote a song inspired by … END_OF_DOCUMENT_TOKEN_TO_BE_REPLACED

1965, The final recording session for The Beatles Rubber Soul album took place, at Abbey Road, London. They needed four new songs to finish the album so an old song "Wait" is pulled off the shelf and work is completed on "I'm Looking Through You." The band recorded two new songs from start to finish. Paul's "You Won't See Me," about his relationship with Jane Asher, and John's … END_OF_DOCUMENT_TOKEN_TO_BE_REPLACED

1965, The Beatles worked on a new George Harrison song "Think For Yourself" at Abbey Road for their forthcoming Rubber Soul album. After rehearsing the song, they recorded the basic instrumental track in one take. 1966, The Who go into CBS Studios in London and record at least two takes of the backing track for their next single "Happy Jack." John and Keith then go to Regent … END_OF_DOCUMENT_TOKEN_TO_BE_REPLACED

1967, Pink Floyd released their debut album The Piper At the Gates of Dawn in the UK, on which most songs were penned by Syd Barrett.  When reviewed by the two main UK music papers, Record Mirror and NME both gave the album four stars out of five. The album was recorded at Abbey Road studios, London during the same time that The Beatles were recording Sgt Pepper's. It peaked at … END_OF_DOCUMENT_TOKEN_TO_BE_REPLACED