You are here: Home / Archives for JR Smith 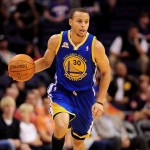 For the ZERO of the week, how about Knicks super-sub JR Smith.    I hate picking an ‘almost UNC player’, as Zero, and in fact, he’d played so well recently he was in contention for a Hero selection.   However at the end of their game 3 win over Boston, he elbowed a Boston player in the head, getting suspended for game 4.  Then after their game 4 loss, he claimed the Knicks … END_OF_DOCUMENT_TOKEN_TO_BE_REPLACED