You are here: Home / Archives for Keith Richards 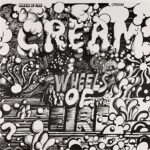 1965, The Byrds were forced to cancel a concert during their UK tour at The Guildhall, Portsmouth when only 250 of the 4,000 tickets had been sold. 1966, During a North American tour The Beatles played two shows at Maple Leaf Gardens, Toronto, Canada. The attendance for each show was 18,000. 1967, The Who's manager Kit Lambert was at Columbia Recording Studio in … END_OF_DOCUMENT_TOKEN_TO_BE_REPLACED 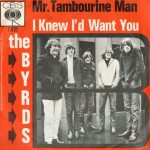 1965, The Byrds went to number one on the US singles chart with their version of Bob Dylan's "Mr Tambourine Man." Only Roger McGuinn from the band played on the song, Wrecking Crew drummer Hal Blaine played on the track. 1965, The Strangeloves,  three Australian aborigines who were really three New Yorkers, enter Billboard's Hot 100 with "I Want Candy." 1966, In the … END_OF_DOCUMENT_TOKEN_TO_BE_REPLACED

1968, Fleetwood Mac, Grateful Dead and Jefferson Airplane all appeared for the first of a three night run at the Carousel Ballroom, San Francisco, California. 1968, Cream played at the Grande Ballroom in Detroit, Michigan 1969, Supergroup Blind Faith, featuring Eric Clapton, Ginger Baker and Steve Winwood made their live debut at a free concert in London's Hyde … END_OF_DOCUMENT_TOKEN_TO_BE_REPLACED

1967, The Beatles held a press party at manager Brian Epstein's house in London for the launch of the Sgt. Pepper's album. Linda Eastman was hired as the press photographer. 1967, Pink Floyd played at Club A' Go Go in Newcastle upon Tyne, Tyne and Wear, England. 1969, The Who appeared at The Rock Pile in Toronto, Ontario, Canada. 1970, New Riders of the Purple Sage, … END_OF_DOCUMENT_TOKEN_TO_BE_REPLACED 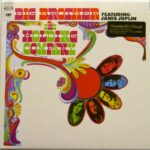 1966, A year after returning to her home state of Texas from San Francisco, Janis Joplin heads west again. She was summoned by Chet Helms, a friend who is now managing Big Brother & the Holding Company. He dispatches Travis Rivers, an old acquaintance of Janis' from her Port Arthur, Texas days to convince the singer to join Big Brother. Joplin had even considered becoming a … END_OF_DOCUMENT_TOKEN_TO_BE_REPLACED