You are here: Home / Archives for King Gizzard & The Lizard Wizard 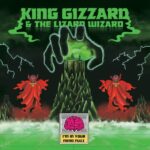 Australian rockers King Gizzard & the Lizard Wizard featured all month on Acid Flashback radio. This six-piece rock ensemble from Melbourne are making a triumphant return to the US after a lengthy Covid delay. They are playing theaters and big clubs in the Pacific Northwest, Midwest, Northeast, plus dates in Montreal, Toronto, the fabled Red Rocks Amphitheatre, then … END_OF_DOCUMENT_TOKEN_TO_BE_REPLACED 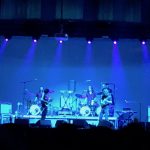 There's definitely something going on in Australia as evidenced by the recent surge in psychedelic rock bands coming from the land down under. Groups like Tame Impala, The Murlochs, Pond, and King Gizzard are the most recent exports from the country that brought us AC/DC, INXS, Little River Band, and yes, the Bee Gees. Melbourne's King Gizzard & the Lizard Wizard have … END_OF_DOCUMENT_TOKEN_TO_BE_REPLACED