You are here: Home / Archives for LeBron James

with Packer Dave and Steve Leventhal Joining us this month are Dionne Miller of ABC7 Chicago, just back from Arizona, to talk Spring Training and a some Bears football. Jeff Rich chimes in on NBA hoops, and Adam Lucas, UNC beat writer from GoHeels.com previews the Duke-Carolina game and the ACC Tournament for us. Don't miss cameos from Pat Hughes and Bill Raftery. … END_OF_DOCUMENT_TOKEN_TO_BE_REPLACED 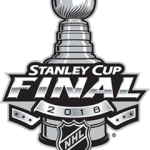 The Sports Report with Packer Dave along with Steve Leventhal, Jeff Rich, and John Poulter. Our guest Ryan Leong, who covers sports for AP in the Bay Area joins us to preview the 2018 NBA Finals. Steve and Dave discuss the Bears offseason training camp. Cleveland native Jeff also chimes in on the NBA Finals. Lastly, John covers the NHL Stanley Cup Finals as well as updates us … END_OF_DOCUMENT_TOKEN_TO_BE_REPLACED 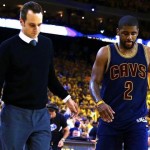 To understand a Cleveland fan, or just the sports landscape of the city itself, out-of-town and national writers must feel obligated to offer up the preamble.  Before any success can be achieved or any praise be given, we must be reminded of the failure, or is it failures?  It seems like either could work, and we've reached the point where we've got a preamble to the … END_OF_DOCUMENT_TOKEN_TO_BE_REPLACED

on the Weekend Sports Report with Packer Dave and Steve Leventhal .... Steve Kohn, an original cast member of the Bears-Packers Showdown, and former editor of "The Blue Line" joins us along with John Poulter for a discussion of the Stanley Cup Final game one between Chicago and Tampa. Our show includes audio from both team's head coaches. Jeff Rich is here to discuss … END_OF_DOCUMENT_TOKEN_TO_BE_REPLACED

on the Weekend Sports Report with Packer Dave and Steve Leventhal ...Jeff Rich joins us to break down how the Cleveland Cavs were able to eliminate the Chicago Bulls in game 6 at the United Center. John Poulter previews the Blackhawks - Ducks and Rangers-Tampa Bay NHL conference finals. He also offers his thoughts on the American League East and NL Central races at this … END_OF_DOCUMENT_TOKEN_TO_BE_REPLACED