You are here: Home / Archives for Michael Jackson – Rock With You

Michael Jackson - Rock With You 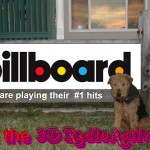 I'm Uncle Marty, this is The 3D RadioActivity, and on this episode we are playing songs that peaked in the #1 position on top of the rankings.  Billboard is an international news magazine devoted to music and the music industry, and is one of the oldest trade publications in the world. It maintains several internationally recognized charts that track the most popular recordings … END_OF_DOCUMENT_TOKEN_TO_BE_REPLACED