You are here: Home / Archives for Milwaukee Bucks

with Packer Dave and Steve Leventhal Joining us this month are Dionne Miller of ABC7 Chicago, just back from Arizona, to talk Spring Training and a some Bears football. Jeff Rich chimes in on NBA hoops, and Adam Lucas, UNC beat writer from GoHeels.com previews the Duke-Carolina game and the ACC Tournament for us. Don't miss cameos from Pat Hughes and Bill Raftery. … END_OF_DOCUMENT_TOKEN_TO_BE_REPLACED

with Packer Dave, Steve Leventhal, and John Poulter Join us for a Super Bowl LIII (aren't these Roman numerals getting lame by now?) preview, plus final thoughts on the Chicago Bears and Green Bay Packers' seasons. Steve highlights the top teams in college basketball to watch out for. Dave sings the praises of the Milwaukee Bucks. John gives us a mid-season update on the … END_OF_DOCUMENT_TOKEN_TO_BE_REPLACED 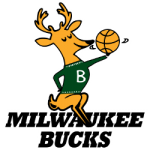 with Packer Dave, Steve Leventhal, and John Poulter Our end of the year special includes a look at the state of Wisconsin Sports with Andy Dorf, a report on the Winter Baseball meetings from John, a preview of the Rose Bowl matchup between Georgia and Oklahoma from Dan Lynn, and another visit with author Jay Paris, who wrote “Game of My Life Rams: Memorable Stories of Rams … END_OF_DOCUMENT_TOKEN_TO_BE_REPLACED

on the Weekend Sports Report with Packer Dave and Steve Leventhal ....we are pleased to be joined by John Mullin of Comcast Sports Net - Chicago.  He gives us a Bears training camp preview, and also talks about the great 1985 Chicago Bears team.  Sam the intern checks in from Big Ten media days with a special report. Also John Poulter and Jeff Rich talk about baseball as … END_OF_DOCUMENT_TOKEN_TO_BE_REPLACED

As we say goodbye to 2013 and hello to 2014, it is tradition to begin to think about our goals and aspirations for the New Year. We often formulate a list of resolutions, a plan of attack, for the upcoming year. I decided to team up with my good friend and fellow NBA addict Nolan Block to find what each NBA team's top New Year's resolution will be. In Part 1, we will look at … END_OF_DOCUMENT_TOKEN_TO_BE_REPLACED