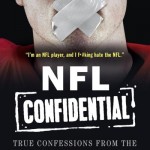 on the Weekend Sports Report with Packer Dave and Steve Leventhal ....Jeff Rich joins us to preview the 2016 AFC and NFC Championship games. We also have as a guest a current NFL player who has authored a tell-all book about life in the National Football League.  Unlike a typical memoir, loaded with whitewashed anecdotes and cute stories, this is a no holds barred, real world … END_OF_DOCUMENT_TOKEN_TO_BE_REPLACED 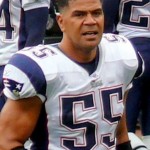 A review of "The Life and Death of a Football Icon" ESPN football analyst Jim Trotter didn't have to dig too deep for his biography of NFL linebacker Junior Seau. Trotter covered the Hall of Famer while at the San Diego Union Tribune. Trotter has crafted a compelling story chronicling Seau rise from modest beginnings in San Diego as the son of Samoan immigrants in rough … END_OF_DOCUMENT_TOKEN_TO_BE_REPLACED

with "Packer Dave Rusch and Steve Leventhal ....A Super Bowl 49 preview with Andy Dorf from Sports Byline Sunday.  The show includes interview audio from Richard Sherman, Russell Wilson, and Pete Carroll from the Seattle Seahawks, along with Justin Edelman, Tom Brady, and Bill Belichick of the New England Patriots. Plus, a cameo appearance from Dick "Dookie V" Vitale. A … END_OF_DOCUMENT_TOKEN_TO_BE_REPLACED

with Dave Rusch and Steve Leventhal ....Steve can only sit by helplessly as Packer Dave uses the radio show to crawl out of that deep dark pit of despair, by ranting and raving, following the Packer loss to Seattle in the NFC Championship game.  Not withstanding the fact that every other radio, television, and newspaper scribe has already weighed in on this subject.  It's the … END_OF_DOCUMENT_TOKEN_TO_BE_REPLACED 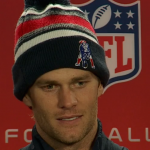 with Dave Rusch and Steve Leventhal Join us on the Weekend Sports Report for a preview of the NFC and AFC Championships of 2015 with guest Fred Wallin from Sports Byline USA. We will also discuss the newest coaching hires in the NFL, and Ohio State's surprising win over Oregon in the College Football Championship game. Hear interviews with Clay Matthews, Randall Cobb, Pete … END_OF_DOCUMENT_TOKEN_TO_BE_REPLACED