You are here: Home / Archives for Paul Perryman And His Band ~ Satellite Fever Asiatic Flu 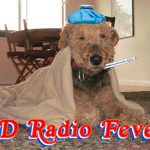 I'm still your Uncle Marty, this is The Award Winning 3D RadioActivity segment # 529.  The Corona Virus that has taken center stage is similar to the 1960 Twilight Zone episode titled "The Monsters are Due on Maple Street,", or a decade later with Michael Crichton's The Andromeda Strain.  In today's reality, symptoms can include: Tiredness; Aches; Sniffles; Sore throat and an … END_OF_DOCUMENT_TOKEN_TO_BE_REPLACED