You are here: Home / Archives for Philadelphia 76ers

It's one of my favorite times of the year- NBA trade deadline season! A time when unsubstantiated rumors are thrown around like insults at a roast. As a future NBA GM, I have spent countless hours on the ESPN Trade Machine figuring out ways to manipulate rosters to address team needs. This season, I have crafted five trades that would impact the NBA landscape. These trades … END_OF_DOCUMENT_TOKEN_TO_BE_REPLACED 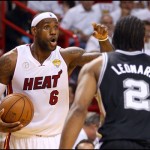 This week, I am unveiling the eleven questions whose answers will shape the upcoming NBA season. Here are questions 6-11. Click here to view part one of this article. 6. Who will have the ball at the end of games for the Nets? Nets owner Mikhail Prokhorov wants a championship and is willing to dip deep into his own pockets to get one. The Nets are reportedly around $30 … END_OF_DOCUMENT_TOKEN_TO_BE_REPLACED 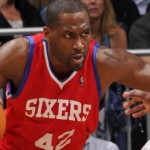 Joakim Noah put it rather succinctly.  “We got our asses kicked today.” The Philadelphia 76ers took advantage of a third quarter meltdown by the host Chicago Bulls. The ensuing collapse wiped out a 55-47 lead, and which morphed into an 83-69 deficit after three periods. The 109-92 victory enabled the visitors to tie their first round NBA playoff series at a game … END_OF_DOCUMENT_TOKEN_TO_BE_REPLACED