You are here: Home / Archives for Planet Hollywood 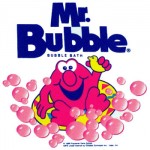 Day One | Day Two | Day Three | Day Four/Five/Six part three of my odyssey in Sin City "The Bubble Boy" That is the one distinction that no poker player wants, yet I was one yesterday. The bubble boy is the moniker given to the unfortunate player who is the last one ousted from a tourney before the remaining players are “in the money.” I’ve heard players say they’d … END_OF_DOCUMENT_TOKEN_TO_BE_REPLACED 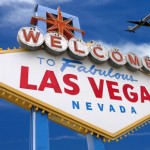 Day One | Day Two | Day Three | Day Four/Five/Six Day One I should have known this wouldn’t be an ordinary trip when I showed up at the airport and checked my seat assignment – 27B. The dreaded middle seat. Of course, with a free/no charge/gratis ticket I shouldn’t have expected much. My complimentary ticket was made possible by my generosity (and greed) over spring break … END_OF_DOCUMENT_TOKEN_TO_BE_REPLACED