You are here: Home / Archives for Radiohead

1967, Strawberry Alarm Clock were at number one on the singles chart with "Incense And Peppermints." 1967,  The Beach Boys release the Smiley Smile, the follow-up to Pet Sounds. This avant-garde album  fails was not warmly received by critics, and failed to chart, despite boasting the singles “Heroes and Villains” and “Good Vibrations.” It has subsequently achieved much more … END_OF_DOCUMENT_TOKEN_TO_BE_REPLACED 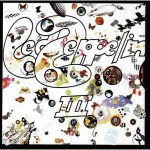 1964, Working at Abbey Road studios in London, The Beatles recorded their next single "She's a Woman" in seven takes, plus overdubs, recording the song from start to finish in five hours. 1964, Roy Orbison was at No.1 on the UK singles chart with "Oh Pretty Woman," his third UK No.1. The title was inspired by Orbison's wife Claudette interrupting a conversation to announce … END_OF_DOCUMENT_TOKEN_TO_BE_REPLACED

1968, Deep Purple reached the number four spot on the US singles chart with their debut single "Hush."' 1968, Jeannie C Riley went to number one on the singles chart with "Harper Valley PTA." Jeannie won a Grammy for the best female country singer of 1968. 1968, Madame Tussaud's Waxworks in London gave The Beatles their fifth image change of clothes and hair in four … END_OF_DOCUMENT_TOKEN_TO_BE_REPLACED

1969, Creedence Clearwater Revival scored their only number one single with "Bad Moon Rising" Also on this day the group started a four-week run at number one on the album chart with Green River. 1969, Crosby, Stills, Nash & Young performed at the Fillmore East in New York. 1969, Child, featuring Bruce Springsteen played the first of two nights at the Free University, … END_OF_DOCUMENT_TOKEN_TO_BE_REPLACED 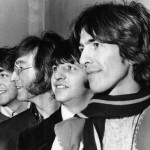 1968, The Beatles recorded promotional videos for "Hey Jude" and "Revolution" at Twickenham Film Studios. The vocals are recorded live over the pre-recorded instrumental tracks to get round the current British Musicians Union ban on lip-sync performances. For "Hey Jude," The Beatles were accompanied by a 36-piece orchestra and 300 fans and other assorted extras who join in … END_OF_DOCUMENT_TOKEN_TO_BE_REPLACED