You are here: Home / Archives for Raymond Douglas Davies 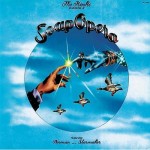 Song Of The Day by Eric Berman – “Ducks On The Wall” by The Kinks Today’s Song Of The Day by Eric Berman comes from The Kinks’ 1975 concept album Soap Opera. The album’s muddled tale focuses on the star-making machinery and the perils of stardom itself with the Starmaker character changing places with the utterly normal Norman. While the story is hazy at best, the album does … END_OF_DOCUMENT_TOKEN_TO_BE_REPLACED