You are here: Home / Archives for Seattle Seahawks 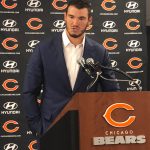 The Chicago Bears rode a dominant defensive performance en route to defeating the Seattle Seahawks in their 2018 home opener. The defense was lights out, but there are other stories beyond their showing. Defensive domination The Bears' defense was downright dominant against the Seahawks, and that dominance begins and ends with Khalil Mack. Germain Ifedi barely belonged on the … END_OF_DOCUMENT_TOKEN_TO_BE_REPLACED

on the Weekend Sports Report with Packer Dave and Steve Leventhal This week John Mullin of CSNChicago.com joins us for a Bears - Lions preview. Will John Fox get to keep his job? What about the rumors in squabbling among the coaching staff? We'll also give you a Packers - Seahawks preview of this important Sunday afternoon game. Lastly, our fantasy football expert, Mike … END_OF_DOCUMENT_TOKEN_TO_BE_REPLACED

with Packer Dave and Steve Leventhal They're back! After summer hiatus and various vacations, the guys are back with a preview of the Packers - Texans and Bears-49ers games. Les Grobstein from The Score 670 chimes in with his unique take on Chicago Sports. Josh the intern gets his baptism under fire as we look at the rest of the weekend action in the NFL. Hear interviews … END_OF_DOCUMENT_TOKEN_TO_BE_REPLACED

on the Weekend Sports Report with Packer Dave and Steve Leventhal ...Jeff Rich joins us to preview the Green Bay Packers - Arizona Cardinals playoff game, the three other NFL games this weekend, and the head coaching changes in the league. Also, we'll discuss the new teams coming to the Los Angeles market, and Alabama's win over Clemson in the College Football Playoff … END_OF_DOCUMENT_TOKEN_TO_BE_REPLACED 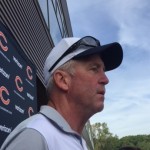 on the Weekend Sports Report with Packer Dave and Steve Leventhal ....special guest Dionne Miller of ABC 7 in Chicago joins us for a Bears Seahawks preview.  Chicago is reeling from a rash of injuries and they travel to one of the most hostile places to play in the NFL. We also preview the Packers Chiefs game and discuss the rest of the NFL with Jeff Rich. Lastly, John Poulter … END_OF_DOCUMENT_TOKEN_TO_BE_REPLACED