You are here: Home / Archives for Shot Jackson & His String Band ~ I’m Trading You In On A Later Model 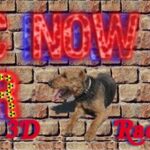 I'm Uncle Marty to all along with DaytonAiredale, this is our 667th party in progress on The 3D RadioActivity, as we will be playing a lot more Music Now Radio LATER than what meets your ear. We've had fifteen LATERS overall, as we will go OVER and OUT to close this year. If you have any recommendations, I'd love it if you tell me by sending email, or with a message … END_OF_DOCUMENT_TOKEN_TO_BE_REPLACED