1966, At a photo session with Bob Whitaker’s studio in London, The Beatles posed in white coats using sides of meat with mutilated and butchered dolls for the cover of their next American album, Yesterday and Today. After a public outcry, the album was pulled from stores and re-issued with a new cover. At the time, some of the Beatles defended the use of the Butcher photograph. … END_OF_DOCUMENT_TOKEN_TO_BE_REPLACED 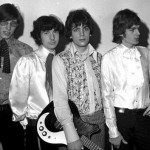 1966, The Who perform at the Tower Ballroom in Great Yarmouth, England. The band's road manager, Neville Chesters, joins The Who onstage to sing "You Were On My Mind." 1967, Pink Floyd performed at Clifton Hall at the Rotherham College of Technical Dance, South Yorkshire, England. 1967, At a ceremony held at the Playhouse Theatre in London, The Beatles were awarded three … END_OF_DOCUMENT_TOKEN_TO_BE_REPLACED

1967, The ninth annual Grammy Awards are held. Frank Sinatra's Sinatra, A Man and His Music wins Album of the Year, while "Strangers in the Night" is named Record of the Year. John Lennon and Paul McCartney win the Song of the Year Grammy for "Michelle." 1967, Engelbert Humperdinck was at number one on the singles chart with "Release Me." The singer's first of two number … END_OF_DOCUMENT_TOKEN_TO_BE_REPLACED 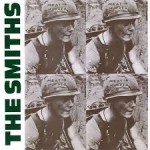 1965, Filming began on The Beatles follow up to A Hard Days Night on location in the Bahamas with the working title of Eight Arms To Hold You. 1966, During an 11-date tour of Australia and New Zealand The Rolling Stones played the first of four nights at the Palais Theatre, St Kida, Melbourne. 1967, Jimi Hendrix appeared at Worthing Pier in Worthing, West Sussex, … END_OF_DOCUMENT_TOKEN_TO_BE_REPLACED 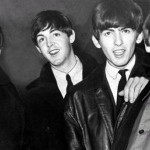 1963, The Beatles drove through the night from Liverpool to London to appear on the live lunchtime BBC radio program Parade of the Pops. The appearance lasted just over four minutes with the band performing "Love Me Do" and "Please Please Me." They then drove another 180 mile trip back north for their performance that night at the Swimming Baths, Doncaster, Yorkshire. 1965, … END_OF_DOCUMENT_TOKEN_TO_BE_REPLACED