You are here: Home / Archives for Super Bowl

1968 - The first ABA All-Star Game in Indianapolis. The East beats the West 126-120. 1977 - The Oakland Raiders defeated the Minnesota Vikings by the score of 32–14 to win their first Super Bowl. The game was played on January 9, 1977, at the Rose Bowl in Pasadena, California. Oakland gained a Super Bowl record 429 yards, including a Super Bowl record 288 yards in the first … END_OF_DOCUMENT_TOKEN_TO_BE_REPLACED

with Dave Rusch and Steve Leventhal ....Steve can only sit by helplessly as Packer Dave uses the radio show to crawl out of that deep dark pit of despair, by ranting and raving, following the Packer loss to Seattle in the NFC Championship game.  Not withstanding the fact that every other radio, television, and newspaper scribe has already weighed in on this subject.  It's the … END_OF_DOCUMENT_TOKEN_TO_BE_REPLACED 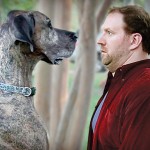 Not only did the New York Giants beat the favored New England Patriots, two aspiring filmmakers bested some of Madison Avenue's top creative minds. Each took a first-place finish in USA TODAY's ratings of the ads — one in the traditional electronic tracking of a consumer focus group's reactions during the game and the other in this year's first-ever social-media voting over … END_OF_DOCUMENT_TOKEN_TO_BE_REPLACED