You are here: Home / Archives for Tammy Wynette

1967, The Beatles were selected to represent the UK for the first-ever global-wide satellite broadcast. The group agreed to be shown in the studio recording a song written especially for the occasion, scheduled for June 25. John Lennon wrote "All You Need is Love" which was thought to sum up the 1967 "Summer of Love" and The Beatles' sympathies. With the satellite broadcast … END_OF_DOCUMENT_TOKEN_TO_BE_REPLACED 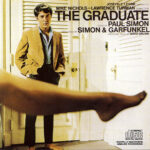 1968, Pink Floyd announced founder Syd Barrett had officially left the group. Barrett was suffering from psychiatric disorders compounded by drug use. 1968, Simon and Garfunkel went to number one on the US album chart with the soundtrack of Mike Nichols' movie The Graduate, starring Dustin Hoffman and Anne Bancroft. The film boosted the profile of the folk-rock duo and on … END_OF_DOCUMENT_TOKEN_TO_BE_REPLACED 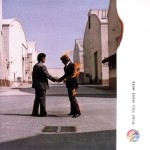 1966, The Byrds played the first of a 13 night run at The Village Gate, New York City. 1967, A 10-date package tour of the UK kicked off at London's Finsbury Park, featuring Traffic, The Young Rascals, Vanilla Fudge, Art and Keith West. 1968, On the first night of a UK club tour Led Zeppelin (billed as The Yardbirds featuring Jimmy Page), appeared at the Mayfair Ballroom, … END_OF_DOCUMENT_TOKEN_TO_BE_REPLACED