You are here: Home / Archives for The 3D RadioActivity 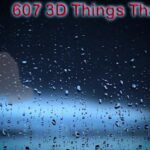 Your Uncle Marty is here with DaytonAiredale, on The 3D RadioActivity's 607th interlude, as we listen to items that FALL this time, like the night, stars and various forms of precipitation from both the eyes and sky.        Well that's a wrap on our FALL excursion with all sorts of songs to bring happiness, so next time we will take an in … END_OF_DOCUMENT_TOKEN_TO_BE_REPLACED

Welcome to The 3D RadioActivity, and this week and next we are playing songs as we observe The Olympic Games going on in London, the athletic festival that originated in ancient Greece and was revived in the late 19th century. Before the 1970s the Games were officially limited to competitors with amateur status, but in the 1980s many events were opened to professional … END_OF_DOCUMENT_TOKEN_TO_BE_REPLACED