You are here: Home / Archives for The Chips ~ You Make Me Feel So Good

The Chips ~ You Make Me Feel So Good

Atlantic, Enterprise, Satellite and Volt were the largest subsidiary operations putting out records made at the prodigious studios that came out of the Memphis movie theater converted into one of the most fabled music production houses. They employed a style called head arrangements, in which none of the parts were written down and nothing was worked out in advance. Sessions … END_OF_DOCUMENT_TOKEN_TO_BE_REPLACED 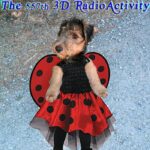 Founded in 57 as Satellite Records, the label changed its name to Stax in four years and shared its operations with Volt. Featuring several popular integrated bands and a similar team of staff and artists, it was unprecedented in that period of racial strife and tension. Their use of "one studio, one equipment set-up, the same set of musicians and a small group of songwriters" … END_OF_DOCUMENT_TOKEN_TO_BE_REPLACED