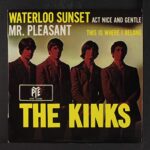 1966, The Doors played at the Whisky A Go-Go, West Hollywood, California auditioning for a spot as the venue's house band. 1967, Sandie Shaw was at number one on the UK singles chart with "Puppet On A String." This week's two highest new entries were Jimi Hendrix with "The Wind Cries Mary," and The Kinks "Waterloo Sunset." 1968, Blue Cheer, supported by Quill, appeared at … END_OF_DOCUMENT_TOKEN_TO_BE_REPLACED

1965, Shooting of the promotional film for Bob Dylan’s "Subterranean Homesick Blues" took place at the side of the Savoy Hotel in London. Actors in the background were Allen Ginsberg and Bob Neuwirth. The cards that Dylan held up to the camera were painted by Alan Price and Joan Baez. 1966, Pink Floyd appeared at the Marquee Club in London. 1967, Gerry And The Pacemakers … END_OF_DOCUMENT_TOKEN_TO_BE_REPLACED

1966, The Mamas and the Papas started a three week run at number one on the singles chart with "Monday Monday."  The group was reported, as saying they all hated the song except for its writer John Phillips. The Mamas and the Papas won a Grammy Award for Best Pop Performance by a Duo or Group with Vocal for this song. 1967, Jimi Hendrix played two shows at London's … END_OF_DOCUMENT_TOKEN_TO_BE_REPLACED

1965, In their Clearwater, Florida hotel room, Mick Jagger and Keith Richards worked out the opening guitar riff of "Satisfaction," following Richard's purchase of a Gibson fuzz-box earlier that day. 1966, The Who appeared at the Top Hat Ballroom in Lisburn, Northern Ireland. 1966, Working at Abbey Road studios in London, The Beatles recorded overdubs on "I'm Only … END_OF_DOCUMENT_TOKEN_TO_BE_REPLACED 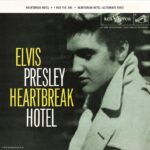 1956, Elvis Presley scored his first top single and album in the US, when "Heartbreak Hotel" went to number one. 'Heartbreak Hotel' became his first million-seller, and was the top selling single of 1956. 1966, The Who performed at Town Hall in Kidderminster, West Midlands, England. 1967 At a performance at the Sporthallen in Eskilstuna, The Who are forced to perform on a … END_OF_DOCUMENT_TOKEN_TO_BE_REPLACED