You are here: Home / Archives for The J Geils Band 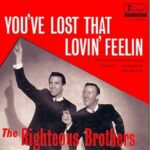 1958, George Harrison joined Liverpool group The Quarrymen. The group, who were named after Lennon's school, featured John Lennon, Paul McCartney, Len Garry, Eric Griffiths and John Lowe. 1965, The Righteous Brothers started a two week run at number one on the US singles chart with the Phil Spector produced "You've Lost That Lovin' Feelin'." The song was also number one in … END_OF_DOCUMENT_TOKEN_TO_BE_REPLACED

1963, The album The Freewheelin’ Bob Dylan was released by Columbia in the USA. Establishing Dylan as a leader in the singer-songwriter genre and a supposed spokesman for the youth-orientated protest movement, it reached number 22 on the US charts and number one on the UK charts. The Freewheelin’ Bob Dylan showcased Dylan's songwriting talent for the first time and propelled … END_OF_DOCUMENT_TOKEN_TO_BE_REPLACED