You are here: Home / Archives for The Marshall Tucker Band ~ See You Later I’m Gone 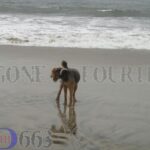 I'm Uncle Marty, alongside DaytonAiredale this is installment 663 of The 3D RadioActivity as this time our feature isn't just obvious, it's a Rockabilly, Blues, Rock, and Southern metaphor for love which can be a Four GONE assumption. With a great hour of music GONE by, it will be hard to top next time, however we always come AWAY with some tasty cuts we haven't played in … END_OF_DOCUMENT_TOKEN_TO_BE_REPLACED