You are here: Home / Archives for The Outlaws

1962, During sessions for the Freewheelin’ Bob Dylan album, Dylan recorded "A Hard Rain's A-Gonna Fall," and versions of "Hero Blues," "Whatcha Gonna Do," "Oxford Town," and "I Shall Be Free," at Studio A, Columbia Recording Studios in New York City. 1964, The film Ferry Cross The Mersey premiered in London. Featuring Gerry And The Pacemakers, Cilla Black and other Liverpool … END_OF_DOCUMENT_TOKEN_TO_BE_REPLACED 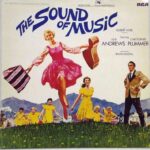 1964, The Rolling Stones played their first-ever live date in the US when they appeared at the Swing Auditorium, San Bernardino, California. The Stones were supporting their first album release The Rolling Stones, in North America. 1965, The soundtrack album to The Sound of Music started a 10-week run at number one on the UK chart. It returned to the top of the charts on no … END_OF_DOCUMENT_TOKEN_TO_BE_REPLACED