You are here: Home / Archives for THe Searchers 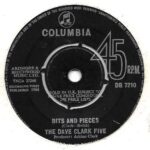 1964, For the first time in British recording history, all Top Ten singles in the UK were by British acts. Number one was "Anyone Who Had A Heart" by Cilla Black. Number two - "Bits and Pieces" by The Dave Clark Five. At number three,  "Little Children "Diane" by The Bachelors. Number five, "Not Fade Away" by The Rolling Stones. Number six- "Just One Look" by The Hollies, … END_OF_DOCUMENT_TOKEN_TO_BE_REPLACED 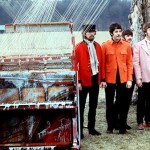 1964, The Searchers were at number one on the UK singles chart with the Sonny Bono song "Needles And Pins." The group's second UK chart topper had originally been recorded by Jackie DeShannon 1967, The Beatles shoot a promotional clip for "Strawberry Fields Forever" in Kent, England. 1967, The Jimi Hendrix Experience are filmed at London's Saville Theatre to promote their … END_OF_DOCUMENT_TOKEN_TO_BE_REPLACED