You are here: Home / Archives for The Sex Pistols 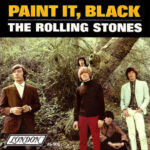 1964, Paul McCartney turns 22 and celebrates his birthday with a party after the Beatles first performance in Sydney, Australia. Paul's requested "champagne and caviar and fifteen young Australian girls chosen for their intelligence and charm." 1966, Frank Sinatra's "Strangers In The Night" surpassed The Rolling Stones' "Paint It Black" as the best selling single in the … END_OF_DOCUMENT_TOKEN_TO_BE_REPLACED 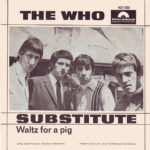 1964, The Who played at the Glenlyn Ballroom in Forest Hill, London. 1965, The Rolling Stones kicked off an 8-date mini-European tour at The Odeon Theatre in Glasgow, Scotland, supported by The Hollies 1966, "Substitute" by The Who peaks at number 13 on the German charts. 1967, Guitarist Peter Green quit the John Mayall Band. He went on to be a founding member of … END_OF_DOCUMENT_TOKEN_TO_BE_REPLACED

1966, The Rolling Stones started a two week run atop the singles chart with "Paint It Black," the group's third number one single. 1966, European radio stations mistakenly report that The Who's lead singer Roger Daltrey is dead. Actually, it was guitarist Pete Townshend who had been injured in a car accident a few days earlier. 1966, Elvis Presley begins shooting his 26th … END_OF_DOCUMENT_TOKEN_TO_BE_REPLACED 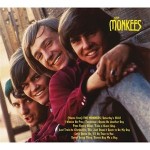 1967, Procol Harum, The Jimi Hendrix Experience and Denny Laine all appeared at The Saville Theatre London, England. 1967, The Monkees wins an Emmy for Outstanding Comedy Series, beating out Andy Griffith, Bewitched, Get Smart, and Hogan's Heroes. 1968, Having been arrested the month before on charges of marijuana possession, Rolling Stone Brian Jones elects for trial by … END_OF_DOCUMENT_TOKEN_TO_BE_REPLACED 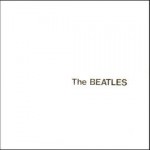 1966, Filming began on The Monkees first TV series. 1968, Jimi Hendrix appeared at Hallenstadion, Zürich, Switzerland. 1968, Working on what will become the White Album, The Beatles add overdubs of bass and vocals on "Revolution." After numerous overdubs have been added, the final six minutes of the song evolved into chaotic, jamming, with Lennon repeatedly shouting … END_OF_DOCUMENT_TOKEN_TO_BE_REPLACED