You are here: Home / Archives for The Stranglers 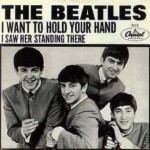 1965, The Who appeared at the Trade Union Hall, Watford, England. 1965, After "I Want To Hold Your Hand" had held the number one position on the US singles chart for seven weeks, The Beatles started a two-week run at the top of the charts with "She Loves You." 1967, Jimi Hendrix performed at Speakeasy in London. 1970, Pink Floyd played the last date of their March … END_OF_DOCUMENT_TOKEN_TO_BE_REPLACED 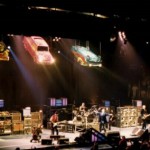 1968, The Beatles Sgt. Pepper won album of the year, best cover and best-engineered and recorded album at the 10th annual Grammy Awards. Producers Johnny Rivers and Marc Gordon won for The 5th Dimension song for "Up, Up and Away," while Jimmy Webb won Song of the Year as it's composer.  Bobbie Gentry took home a Grammy for Best New Artist. 1972, On the last date of an … END_OF_DOCUMENT_TOKEN_TO_BE_REPLACED