You are here: Home / Archives for Tony Orlando 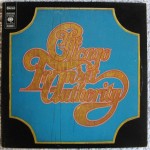 1967, Pete Townshend records an interview for the BBC overseas radio program Dateline London then The Who pre-tape a Top Of The Pops insert miming to "Pictures Of Lily." From there they travel to Stevenage to play the Locarno Ballroom. Backstage, John lashed out at a "well-known pop singer" by punching his picture on the wall. He breaks his finger. 1969, Chicago release … END_OF_DOCUMENT_TOKEN_TO_BE_REPLACED 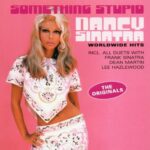 1966, Buffalo Springfield made their live debut when they opened for The Byrds at a concert in San Bernardino, California. 1967, Jimi Hendrix, The Walker Brothers, Cat Stevens and Engelbert Humperdink all appeared at the The Odeon, Blackpool, England. 1967, Nancy Sinatra and Frank Sinatra started a four week run at number one on the singles chart with "Somethin' Stupid". … END_OF_DOCUMENT_TOKEN_TO_BE_REPLACED