You are here: Home / Archives for Toronto Maple Leafs

on The Sports Report with Packer Dave, Steve Leventhal, Jeff Rich, and John Poulter Joined by special guest Mark Grote, the newest member of the Chicago Bears radio broadcast team. He talks about his role as the sideline reporter. In addition, he helps us analyze the selection of Georgia LB Roquan Smith with the eight overall pick in the 2018 NFL Draft. Dave, Steve, and … END_OF_DOCUMENT_TOKEN_TO_BE_REPLACED 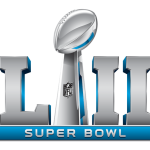 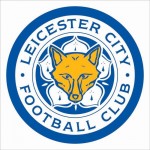 on the Weekend Sports Report for March with Packer Dave and Steve Leventhal ....Our NHL expert John Poulter joins us to with his 2016 NHL Deadline Deal analysis.  How did the Toronto Maple Leafs, Chicago Blackhawks, and other hockey clubs do? Plus, he also gives us his take on the English Premier League soccer season, as we head into the final two months of the season. Will … END_OF_DOCUMENT_TOKEN_TO_BE_REPLACED