You are here: Home / Archives for Toto 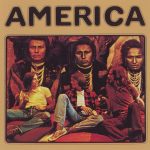 1967, Jimi Hendrix set fire to his guitar live on stage for the first time when he was appearing at The Astoria in London, England. It was the first night of a 24-date tour with The Walker Brothers, Cat Stevens, and Engelbert Humperdink. The Fender Stratocaster burned on stage by Hendrix sold for £280,000 at a 2008 London auction of rock memorabilia. 1967, Pink Floyd played … END_OF_DOCUMENT_TOKEN_TO_BE_REPLACED 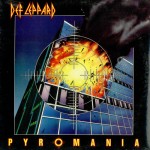 1966, The Who, with support acts Screamin' Lord Sutch & the Savages, the Merseys, the Fortunes, and the Graham Bond Organization, perform at the Odeon Cinema in Southend-on-Sea, England. 1967, The Beatles filmed part of the promo clip for "Penny Lane" around the Royal Theatre, Stratford, London and walking up and down Angel Lane. 1967, The News Of The World reported that … END_OF_DOCUMENT_TOKEN_TO_BE_REPLACED