You are here: Home / Archives for U2 ~ Tryin’ To Throw Your Arms Around the World

U2 ~ Tryin' To Throw Your Arms Around the World 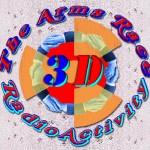 This is The 3D RadioActivity, I'm Uncle Marty, and on this episode we are playing songs as we can, with a list as long as arm and a leg, although we will be focusing on the extremities of the upper torso for your enjoyment.   We are arm in arm, armed to the teeth and dangerous as we bear arms, something we could do with one arm tied behind back as we lay down the long arm of … END_OF_DOCUMENT_TOKEN_TO_BE_REPLACED