You are here: Home / Archives for UNC Tar Heels 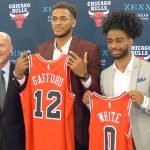 UNC point guard Coby White is making his first long term foray outside of his home state. White didn't have to go far from his Wilson, North Carolina home to join the Tar Heels. The city of nearly fifty thousand people was once a major center for tobacco cultivation. Now it's better known for Interstate 95, a major north-south route along the eastern seaboard, and as the … END_OF_DOCUMENT_TOKEN_TO_BE_REPLACED

with Packer Dave and Steve Leventhal Joining us this month are Dionne Miller of ABC7 Chicago, just back from Arizona, to talk Spring Training and a some Bears football. Jeff Rich chimes in on NBA hoops, and Adam Lucas, UNC beat writer from GoHeels.com previews the Duke-Carolina game and the ACC Tournament for us. Don't miss cameos from Pat Hughes and Bill Raftery. … END_OF_DOCUMENT_TOKEN_TO_BE_REPLACED

on the Weekend Sports Report with Packer Dave and Steve Leventhal Rory Spears from Golfers on Golf.com gives us a 2017 Masters preview and a report after Thursday's opening round.  Next, Jeff Rich joins us to offer his thoughts on the 2017 NCAA basketball championship, and the NBA playoff stretch run. Lastly, John Poulter checks in from Arizona for the start of the baseball … END_OF_DOCUMENT_TOKEN_TO_BE_REPLACED 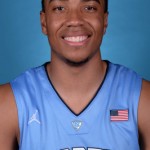 by Richard Lyman ...When Brice Johnson arrived in Chapel Hill, he was supposed to the second coming of John Henson, now with the Milwaukee Bucks. From a distance, they physically resembled each other, but Henson had a big head start in his skill set.  During pre-season conditioning drills, one assistant coach confided in Roy Williams that he did not think Brice was going to … END_OF_DOCUMENT_TOKEN_TO_BE_REPLACED 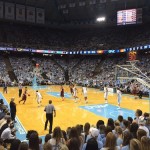 I took advantage of some frequent flyer miles and a break in my schedule to head east to North Carolina and visit some hallowed hoops ground down on Tobacco Road. The UNC Tar Heels and Duke Blue Devils had back-to-back home basketball games against Virginia Tech and Pittsburgh, respectively. Over the years, I’ve seen countless games on television played at each venue, but I … END_OF_DOCUMENT_TOKEN_TO_BE_REPLACED