You are here: Home / Archives for Western Swing 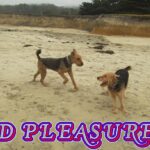 I'm your Uncle Marty, this is chapter 617 of The 3D RadioActivity as my "On The Airedale" co-host Daytona and I welcome you to our happy place where we will be providing extra helpings, or as Elvis says, Seconds Of PLEASURE!       We hope you have gotten all the PLEASURE that Daytona and I have been able to provide this gift to you, so we will spin on that with PRESENTS … END_OF_DOCUMENT_TOKEN_TO_BE_REPLACED 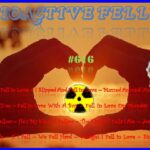 The word FELL is versatile, it can be a Scottish pasture, the season after summer, or the past tense of the verb fall. As The 3D RadioActivity reaches the 616th occurrence your Uncle Marty and his sidekick Daytona look and listen to songs that have this adjective, noun, and action word as part of them. No foolin, it'll truly be a work to love. There's sweet … END_OF_DOCUMENT_TOKEN_TO_BE_REPLACED 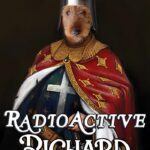 This is The 3D RadioActivity adventure number 614, with your Uncle Marty and DaytonAiredale as we look into a Germanic name taken from two elements meaning 'power(ful)' plus 'hardy', 'brave' & 'strong' or "dominant ruler". It's been popular for a thousand years among the common people as in every Tom, Dick and Harry like The TV series 3rd Rock, as well as favored for kings … END_OF_DOCUMENT_TOKEN_TO_BE_REPLACED

You are in tune with chapter 613 of The 3D RadioActivity as Daytona the "On The Airedale" and Uncle Marty are on another first name basis as we get our feature rolling along with a meaty and generous helping with some Prime Cuts Of Chuck.        There's 18 Prime Cuts Of Chuck, when we get together next time we'll see what we have in our … END_OF_DOCUMENT_TOKEN_TO_BE_REPLACED 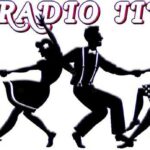 Your Uncle Marty is back with DaytonAiredale on chapter 610 of The 3D RadioActivity. We're going to keep the joint jumping by focusing on all sorts of urban slang language, a vernacular of the jazz world, and parlance of hip, along with dance, swing music and people who fall under the general heading of JIVE.  16 songs, 3:25 in length, ranging 80 years from … END_OF_DOCUMENT_TOKEN_TO_BE_REPLACED