You are here: Home / Archives for Whitesnake 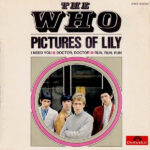 1964, During a UK tour The Beatles appeared at De Montfort Hall in Leicester. Ringo Starr drove himself to the venue after taking delivery of a brand new Facel Vega, apparently reaching speeds of 140 MPH on the M6 motorway. 1965, The Who arrive at Stockholm airport in Sweden to begin their two-day tour. Unfortunately, their equipment has been flown to Gothenburg for their … END_OF_DOCUMENT_TOKEN_TO_BE_REPLACED