You are here: Home / Archives for Womens World Cup 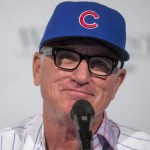 on the Weekend Sports Report with Packer Dave and Steve Leventhal ....we are pleased be joined by Mark Gonzales, Chicago Cubs beat reporter for the Chicago Tribune, who gives us a Mid Season report on the Northsiders, as they wrap up a dramatic series with the Cardinals and get ready to host the White Sox this weekend. John Poulter checks in with a discussion of the Women's … END_OF_DOCUMENT_TOKEN_TO_BE_REPLACED 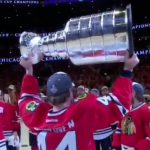 on the Weekend Sports Report with Packer Dave and Steve Leventhal ....John Poulter joins us to talk about how the Chicago Blackhawks win a third Stanley Cup Championship in six years, and Jeff Rich dissects the NBA Finals, as Stephen Curry's Warriors Win the NBA title over LeBron James' Cavs. We also preview the US Open Golf Championships from Chambers Bay in Washington … END_OF_DOCUMENT_TOKEN_TO_BE_REPLACED