You are here: Home / Entertainment / The Commonality Conversation, or One Small Suggestion Toward How To Stop Bullying

Read this article in full on SethSaith.com 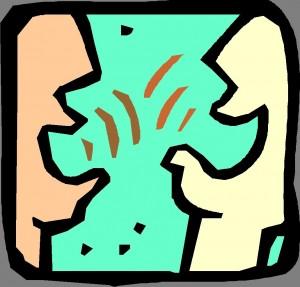 One of the big news stories of the last couple days has been about Mitt Romney apologizing for an ugly bullying incident he led while in high school. I doubt this 1965 episode will remain much of a campaign issue–although gay rights certainly will–but I am fairly certain it was never forgotten by Romney’s victim, who is now deceased.

Bullying has been a topic that I’ve long thought about. Although I’m not a school administrator, teacher, psychologist or parent–and haven’t been a student for decades–I’m really interested in exploring ways that bullying and the effects of high school caste systems, ostracism, etc. can be curtailed.

One idea I had was something I’ve called The Commonality Conversation, in which students who don’t typically interact would be assigned to have conversations that should reveal more similarities than differences. You can read more about this idea and my suggested questions for such a conversation in my full post on SethSaith.com.