Happy Mother’s Day  all.  We have a great new Radio Hour for your listening approval. 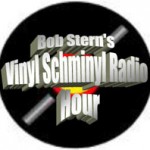 Ever since Bob Stern was old enough to go to downtown Chicago by himself, that is when he was hit by the broadcasting bug. That was at the age of 11. He had been an avid listener of  WLS-AM and WCFL the powerhouse Top 40 stations in Chicago in the 1960s. As soon as he stepped into the visitors gallery at WCFL and saw Joel Sebastian working the mike and pointing to his engineer to play the next song, Bob thought, “that would be a fun job.” It wasn’t until Bob went to college in Lincoln, Illinois that he actually got involved with radio. They were starting a student radio station at Lincoln College and Bob was one of the founding students of WLNX-FM. He had his own show a few times a week and eventually won Lincoln College’s first Communications Award For Broadcasting. As a junior Bob transferred to The University Of Illinois in Urbana where he was promptly embedded into one of the top college radio stations in the country, WPGU. Overnights, late nights, early evening, he was all over the clock…not so much early morning though. Bob had to get some sleep before his classes!
After college Bob wanted a gig in radio and sought out the Chicago market as a starting point. Working in a major market just out of college was just NOT
going to happen. His day job was working at WEA Records (Warner/Elektra/Atlantic) as a record picker in their Des Plaines, IL distribution warehouse. His night  job was as a board (bored) engineer at WVVX in Highland Park, IL for their foreign brokered time format. There were a number of different languages spoken while he was working..Polish, Pakistani, Indian, Chinese and yes even a little English. His weekend spot was at progressive rocker WXRD (The Crossroads) in Woodstock, IL. about 45 miles northwest of downtown Chicago. They eventually offered him a full time job but felt that what he was making with 3 jobs couldn’t add up to one full time gig, so he initially turned the offer down. They held an open house for the community one Saturday which Bob attended and met the owner of the station longtime Chicago radio broadcaster Mal Bellairs. He got a real good energy off of him and the town and if he was going to struggle this is where he wanted to do it.
So Bob moved from his parent’s home in Highland Park up to Woodstock.
He stayed for a little over 3 years ultimately winding up as the morning announcer. Wanting to spread his wings Bob decided to try for the next level.  A bigger market. Bob wasn’t the kind that wanted to travel from small market to small market (which a lot of radio guys did). He needed some stability and  told himself that if by the age of 25 he didn’t get into a bigger market he would go into sales. Consequently, the day after his 25th birthday Bob started selling radio time in Chicago and made twice as much money the next year. He still wanted to be in the radio business so he latched on as an account executive at WIND-AM in Chicago. That lasted a couple of years until he decided to make a radical move and head down to West Palm Beach, FL to work for news/talk WPBR as an account executive.   The station was right on Lake Worth Beach but he got homesick and  moved back to Chicago within the year.
That was 1983. Jump ahead 7 years to 1990. While Bob was selling consumer electronics for a pretty popular store in Arlington Heights, IL Bob had the itch to get back on the air. Radio station WCBR (The Bear) was doing a remote at the store Bob was working at and he asked the program director if there was any slots open. Bob was given one show on Saturday night from 9p until midnight.  it was a very progressive format that introduced a lot of bands that are still being played today.He spent a year doing that as well as a few years as a DJ at a large nightclub chain in Chicago as well as some private parties.

NOW
OK let’s move ahead to 2010 already. As a successful regional manager for an international electronics company Bob decided that the podcast is where he would step back into radio. A longtime Classic Rocker in the AOR format Bob created Vinyl Schminyl Radio. Alright, we have a separate page for that so you can go there now if you’d like.
Bob Stern wants to lend his voice, his passion for entertainment industry news, and his love of Classic Rock to the worldwide web. He would also like to be YOUR voice for any upcoming narration or commercial projects you might have coming up. This site will probably look a whole lot different a year from now than it does now. That is how things evolve.  We hope you enjoy Vinyl Schminyl.com