You are here: Home / Music / Vinyl Frontier – Retro Reviews: The Jam – The Gift 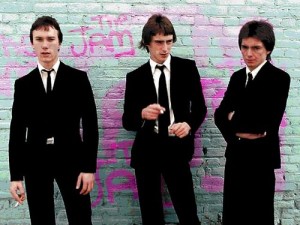 The Jam – The Gift
By Andrew David James

… Soul is a strange old musical genre. Having fused jazz, blues and gospel, the finest examples of it are tremendous (for the uninitiated watch ‘Blues Brothers’ or listen to some Otis Redding) but then there is the rather turgid and hollow “white soul” that reared it’s ugly head in the 1970’s.

David Bowie was probably a guilty party for his forays into it and, tragically, this unwittingly inspired a whole host of cod-soul in the rubbish cluttered 1980’s. Why did a genre so chic as soul end up being twisted into easy listening? Because people lost sight of what it was really all about.

Fortunately Messrs Weller, Foxton and Buckler of The Jam did not fall into any of the aforementioned traps when recording their sixth and final album ‘The Gift’. Weller gives the Jam sound a heavy dose of soul but mostly he comprehends what soul is all about, preferring not to reinvent the wheel but simply allow his Motown influences to shine through.

‘Happy Together’ opens up the album in great style demonstrating a panache and a soul that had been absent on previous album ‘Sound Affects’. The band had enjoyed a two year break from the studio and this is evident with a new sense of purpose and energy injected courtesy of Weller’s flowing melody and the vigour from the rhythm section. Meanwhile the clipped, angular sound the band were famed for is strictly intermittent.

Read the entire article at Rokpool.com