You are here: Home / Music / Classic Rock / Song Of The Day – “She Knows Me Too Well” by The Beach Boys 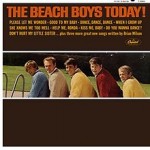 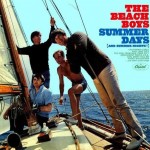 Under closer inspection, the seeds of Pet Sounds were sown on the two previous Beach Boys album, Beach Boys Today! and Summer Days (And Summer Nights!!) where glimmers of the new mature sound materialized, making those two platters every bit as potent and, dare I say it, as good as the coveted masterpiece that followed.

Beach Boys Today! Was still pretty much steeped in that good old Beach Boys sound, especially on songs like “Do You Wanna Dance,” “Dance Dance Dance,” “I’m So Young” and “Help Me, Rhonda.”  These songs reflected the feelings of teenage innocence that put the band on the map in the first place.

This can be heard in session tapes for “Help Me, Rhonda” where Murray is constantly badgering and inserting his influence into the proceedings, much to the chagrin of the band and especially Brian. This was not a new occurrence for the group; they had to put up with Murray’s presence at their sessions since their inception. But during this session you can here the members of the group cracking wise behind Murray’s back about his suggestions.

Several of the songs on Beach Boys Today! (released in March of 1965) reflect a new mature sound, especially on the wondrous single “When I Grow Up (To Be A Man)” where Brian tackles his uncertainty about the future in the lyrics, while making it all seem easy with its tight intricate harmonies. You can also hear Wilson’s compositional sophistication in the arrangements of “In The Back Of My Mind” and “Don’t Hurt My Little Sister.”  In the plaintive “Please Let Me Wonder,” the aforementioned feelings of ennui that began to underpin Wilson’s entire being are perfectly encapsulated.

The first half of the follow up album, Summer Days (And Summer Nights!!)  (released in June of 1965), takes a giant step backwards with a clutch of songs that hearken back to the group’s more innocent sound including “Salt Lake City,” “The Girl From New York City,” “Amusement Parks U.S.A.” and “Then I Kissed Her.” And even though jubilance can be heard pouring forth from the record’s grooves, the sounds on the flip side of the platter tell a completely different story.

The second side of the record acts as a fairly accurate precursor of what was to come the following year on Pet Sounds. By this point, The Beach Boys’ touring schedule was pretty much non-stop, and Brian felt intense pressure to come up with more hit singles and albums to meet the demands that Capitol Records put upon him. As a result, Wilson began having panic attacks on the road and found it hard to deal with the intense pressure.

You can hear the pressures of being an in-demand Beach Boy wreaking havoc on him in the songs themselves. Sure, the group was still singing about relationships and girls, but the complex arrangements and instrumentation pointed the group in a new, stylistically bold direction that they would take once Brian Wilson pulled himself off of the road and camped himself inside the studio. You can hear it in the overall feeling of depression and dread inherent in one of their all-time greatest tracks, “Let Him Run Wild.”