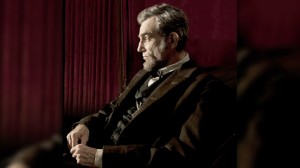 The movie “Lincoln” was everything it was hyped up to be and more. Not the most exciting of films ever made but the acting and direction was top notch.

Daniel Day Lewis (maybe the best actor of his generation) has already garnered two best acting awards. And with his stunning portrayal of our sixteenth President he might have to find room on his shelf for another.

Not that anybody alive on this planet has ever seen Abraham Lincoln but Lewis sure looks like him and definitely shows the main character’s wisdom.

This movie takes place over the final 4 months of Lincoln’s life. The Civil War is nearing it’s end and Lincoln and members of his party are trying to pass the 13th Amendment (the abolishment of slavery). The race is on to enact this legislation before the war ceases and the back door politics makes up a major portion of this flick. And if you thought modern day arm twisting in the political arena was dirty then you haven’t seen anything. Lincoln and his cronies had more then a few tricks up their sleeves to get what they wanted.

Tony Kushner wrote the screen play and it was marvelously directed by the master himself, Steven Spielberg. Some of the speeches by the main characters might go over your heads (some surely went over mine) but that’s because they were using authentic jargon of the 1860’s. But in spite of that small blip this movie held my interest through out. 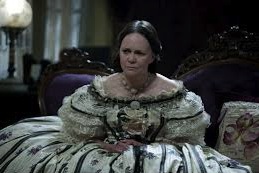 Lewis (as mentioned) was outstanding but he definitely wont be the only actor from this ensemble that will be nominated for an Academy Award. Sally Field (a long ways from the Flying Nun) plays Lincoln’s wife, Mary Todd, and Field displays both the humorous and tortured side of Todd. David Strathairn plays Lincoln’s Secretary of State and Tommy Lee Jones was absolutely brilliant as Pennsylvania Senator, Thaddeus Stevens. Jones is a scene stealer with any one of his numerous speeches.

Unfortunately, we all know how Lincoln’s life came to a tragic end and that wraps up this flick but not before we learned so much about him as a President, Father, Husband and gentle man.

Again, not the most exciting of movies but you just can’t help but appreciate and marvel at incredible actors playing some of the best roles they will ever have.

Lincoln was a great President and “Lincoln” is a great movie living up to all of it’s hype. My rating– a grand slam – four stars.