You are here: Home / Archives for Tommy Lee Jones 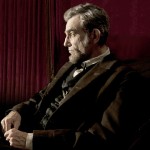 The movie "Lincoln" was everything it was hyped up to be and more. Not the most exciting of films ever made but the acting and direction was top notch. Daniel Day Lewis (maybe the best actor of his generation) has already garnered two best acting awards. And with his stunning portrayal of our sixteenth President he might have to find room on his shelf for another. Not … END_OF_DOCUMENT_TOKEN_TO_BE_REPLACED 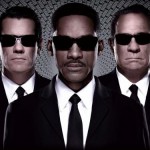 So far the summer has produced a few blockbusters (The Avengers) a few busts (Dark Shadows) and one pleasant surprise (Men In Black 3.) Fortunately, the third installment of the MIB franchise has some fresh, original ideas, although time travel isn’t one of them. It’s always a crapshoot with time travel in movies, because of the paradoxes involved with changing history, so … END_OF_DOCUMENT_TOKEN_TO_BE_REPLACED