You are here: Home / Archives for Music / Experimental

1965, The Who are scheduled to play an 8pm show at the Aarhus Hallen in Aarhus. The audience pelts the opening acts with bottles and trash and turns into a rioting mob by the time The Who take the stage. The band makes it through half of one song before fleeing for their lives, as the audience storms the stage and smashes the instruments. Pete later calls it "the best concert … END_OF_DOCUMENT_TOKEN_TO_BE_REPLACED 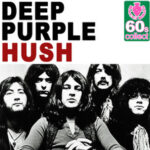 1968, Deep Purple reached the number four spot on the US singles chart with their debut single "Hush."' 1968, Jeannie C Riley went to number one on the singles chart with "Harper Valley PTA." Jeannie won a Grammy for the best female country singer of 1968. 1968, Madame Tussaud's Waxworks in London gave The Beatles their fifth image change of clothes and hair in four … END_OF_DOCUMENT_TOKEN_TO_BE_REPLACED 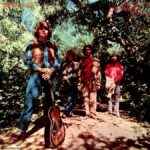 1969, Creedence Clearwater Revival scored their only number one single with "Bad Moon Rising". Also on this day the group started a four-week run at number one on the album chart with Green River. 1969, Crosby, Stills, Nash & Young performed at the Fillmore East in New York. 1969, Child, featuring Bruce Springsteen played the first of two nights at the Free … END_OF_DOCUMENT_TOKEN_TO_BE_REPLACED 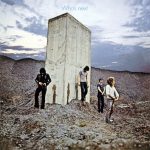 1968,  The Beatles recorded 20 takes of "Birthday" while working at Abbey Road studios on new songs for their forthcoming White Album. Roadie Mal Evans added handclaps, and Yoko Ono and Pattie Harrison contributed backing vocals on the track. 1968,  The Doors film a six-song set for Danish Radio Television  at TV-Byen in Gladsaxe, near Copenhagen, Denmark. The … END_OF_DOCUMENT_TOKEN_TO_BE_REPLACED 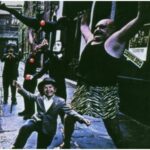 1967, The Doors were banned from The Ed Sullivan Show after Jim Morrison broke his agreement with the show’s producers. Morrison said before the performance that he wouldn’t sing the words, “Girl, we couldn’t get much higher,” from "Light My Fire" but did anyway. The Doors also performed their new single "People Are Strange." 1967, Pink Floyd played at the Arcadia Ballroom … END_OF_DOCUMENT_TOKEN_TO_BE_REPLACED