You are here: Home / Archives for Music / Pop

April 29 1967, The 14-hour Technicolour Dream benefit party for The International Times was held at Alexandra Palace, Muswell Hill in London. Seeing the event mentioned on TV, John Lennon called his driver and went to the show. Coincidentally, Yoko Ono was one of the performers. More than thirty acts appeared included The Move, The Pretty Things, Soft Machine, Tomorrow, The … END_OF_DOCUMENT_TOKEN_TO_BE_REPLACED 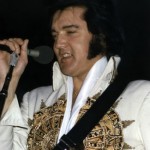 1964, The Beatles have an incredible 14 singles on the American chart. 1965, During a North American tour, The Rolling Stones played at Maple Leaf Gardens in Toronto to over 16,000 fans. 1965, The Who performed at Trade Union Hall in Watford, Hertfordshire, England. 1967, Just days after the completion of Sgt. Pepper's Lonely Hearts Club Band, The Beatles embark upon … END_OF_DOCUMENT_TOKEN_TO_BE_REPLACED

1967, Working at Abbey Road studios in London, The Beatles completed the sessions for Sgt. Pepper's Lonely Hearts Club Band. The final recordings were a short section of gibberish and noise which would follow "A Day in the Life," in the run-out groove. They recorded assorted noises and voices, which engineer Geoff Emerick then cut-up and randomly re-assembled, and edited … END_OF_DOCUMENT_TOKEN_TO_BE_REPLACED 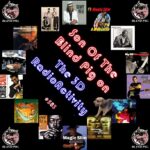 I'm Your Uncle Marty, with Chapter 583 of The 3D RadioActivity as we continue our retrospective with a second look into Blind Pig Records. From the very beginning, belief in the creative abilities of the artists and the need to expand the limits of their form took precedence over a strict adherence to any narrowly defined musical idiom. As a result, the label's natural … END_OF_DOCUMENT_TOKEN_TO_BE_REPLACED 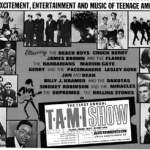 1965, The film T.A.M.I. (Teen-Age Music International) Show featuring The Rolling Stones, Supremes Four Tops, James Brown, The Beach Boys and Smokey Robinson & The Miracles opened in London, England under the title Teenage Command Performance. 1965, The Beatles single "Ticket to Ride" was released on Capitol records in the US. The single's label stated that the song was … END_OF_DOCUMENT_TOKEN_TO_BE_REPLACED