You are here: Home / Archives for Peabody's Picks 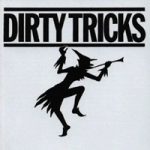 Today's selection answers the musical question "what if Stevie Winwood had signed on with a hard rock band?". Singer Kenny Stewart is a vocal dead ringer for Mr. Winwood, but his backing by guitarist John Fraser Binnie, bass player Terry Horbury and drummer John Lee sounds more like AC/DC than Traffic. Formed in 1974 in England, the band released 3 albums on Polydor, starting … END_OF_DOCUMENT_TOKEN_TO_BE_REPLACED 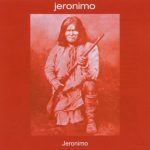 Greetings, rock'n'rollers, and welcome. Today's band hails from Germany, where guitarist Rainer Marz, bassist Gunnar Schäfer and drummer Ringo Funk (gotta be a stage name) formed Jeronimo in 1969. They had their greatest success right off the bat, releasing 2 singles that were hits in Europe, "He Ya" and a cover of Steam's huge hit "Na Na Hey Hey". Their first album release was … END_OF_DOCUMENT_TOKEN_TO_BE_REPLACED 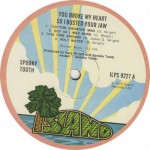 Spooky Tooth are one of those bands that are more notable in hindsight than they were in their heyday, due to the accomplishments of their alumni. Greg Ridley (Humble Pie bassist), keyboardist John Hawken (First 2 incarnations (pre-Annie Haslam) of Renaissance), guitarist Mick Jones of Foreigner, and Gary Wright of "Dream Weaver" and "Love is Alive" fame, all spent time in the … END_OF_DOCUMENT_TOKEN_TO_BE_REPLACED 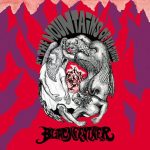 And....we're back! After a much longer than intended hiatus, let's resume our journey thru the backpages of rock'n'roll history, shall we? Today the ole time machine takes us back to the year 1971. The place is Sydney, Australia. Banshee wailer Neale Johns and guitarist John Robinson have just replaced the original bassist and drummer of their nascent band Blackfeather with … END_OF_DOCUMENT_TOKEN_TO_BE_REPLACED 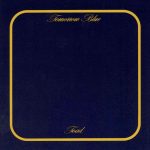 Today we visit Switzerland, a first for this series. In 1970, bassist Werner Fröhlich and drummer Cosimo Lampis left the legendary Krautrock band Brainticket as that group was working on the album that became Cottonwood Hill. In Basel, they joined forces with guitarist Vic Vergeat, who had played briefly with Hawkwind, and vocalist Beni Jaeger. Together with the legendary … END_OF_DOCUMENT_TOKEN_TO_BE_REPLACED