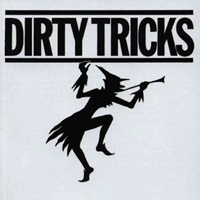 Today’s selection answers the musical question “what if Stevie Winwood had signed on with a hard rock band?”. Singer Kenny Stewart is a vocal dead ringer for Mr. Winwood, but his backing by guitarist John Fraser Binnie, bass player Terry Horbury and drummer John Lee sounds more like AC/DC than Traffic. Formed in 1974 in England, the band released 3 albums on Polydor, starting with the eponymous debut from whence today’s song comes from, and toured in support of some of the biggest hard rock acts of the mid-70s, but never graduated to headliner status. They did become very popular in South Texas of all places, thanks to radio play and at least one tour stop there, but did not get much radio support elsewhere. Unfortunately their recordings never matched the intensity of their live show, and they broke up in 1977 after the release of their third album “Hit & Run”. Some sources indicate that they re-formed and released an album of new material in 2009, but by then the magic was long gone.