You are here: Home / Archives for Programs / Weekend Sports Report

Here’s a little bonus Sports Report for you. Dave laments the end of the season for Packer fans, while discussing the playoff scenarios in the NFC and AFC. Steve reports from Halas Hall on the latest Chicago Bears news as the team begins to prepare for the final game of the season, and their first taste of post season in eight years. This includes audio from Bears head coach Matt Nagy.

In addition, we break out an oldie, but goldie, former show producer Ira Tating’s twisted version of ‘Twas the Night Before Christmas’. Lastly, Steve interviews Chicago Cubs play by play announcer about his newest project, Baseball Voices, recorded in the SRN studios. Happy Christmas, and Merry New Year to all!

Dave and Steve discuss the Chicago Bears’ stunning win over the Los Angeles Rams. What was defensive coordinator Vic Fangio’s role in the victory? We also get commentary from Dan Wiederer of the Chicago Tribune. John joins us with his insights into the NHL and English Premier League soccer.  Plus, can the Green Bay Packers keep winning and make the playoffs. All that and lots more NFL talk.  Hear interviews from Matt Nagy, Mitch Trubisky, new Packers coach Joe Philbin, Aaron Rogers, and Sean McVay.

The Sports Report will be back on December 12th.  In the mean time, please enjoy a vintage show from our archives.  This episode from 1999, takes place after the Packers avenged a November loss at Lambeau with a 35-19 victory at Soldier Field.  Packer Dave is joined by Len Ackerman and the late Bob Greenberg.  The hilarity ensues, and Dave even breaks out the guitar for “Jenny Craig” a parody of “Yesterday.”  Cameos include Bob Costas.

This week our special guest, Dionne Miller of ABC 7 Chicago, discusses the Chicago Bears at mid season, and previews the upcoming game against the Detroit Lions. Dave looks ahead to the Green Bay Packers – Miami Dolphins game at Lambeau, and John comments on the unexpected firing of Chicago Blackhawks coach Joel Quenneville.  Why did this happen, and what is in coach Q’s future? 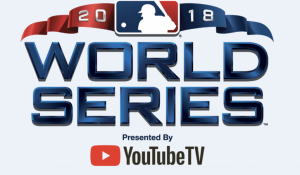 On this edition of the Sports Report, John discusses Games One and Two of the 2018 World Series, and gives his thoughts on the start of the 2018 NHL season.  Our special guest, J.J. Stankevitz of CSNChicago.com talks Chicago Bears football, as does our long time friend of the show, Les Grobstein of WSCR radio 670. We preview the Bears – Jets, and Packers – Rams games this weekend.

2020 and 2019: Thanks to everyone who continues to support us. The current licensing to legally play all the music you hear on Acid Flashback costs almost $2000 a year. Please help us defray this and other costs with a donation of any amount. … END_OF_DOCUMENT_TOKEN_TO_BE_REPLACED