You are here: Home / Entertainment / Movie Review – Titanic in 3D 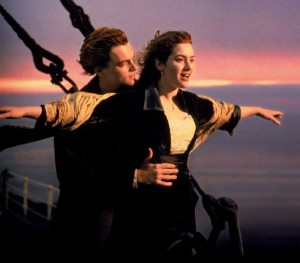 When George Lucas had a chance, he made some minor tweaks to the Star Wars movies. More color and new scenes were added to his sci-fi classic.

Fifteen years after James Cameron’s blockbuster “Titanic” became the first movie to gross a billion dollars, the famed director had a chance to fix inaccuracies or take advantage of technology advances in his 3D presentation of the film.  Instead, he opted to make only one modification. At the urging of a top American astronomer, Cameron changed the orientation of the stars to make it historically accurate with April 14, 1912. Perhaps someone can find out what the star field looked like when the Cubs last won a championship four years before Titanic’s maiden and ill fated voyage.

The stars were certainly aligned in this movie. It featured breakout performances by Leonardo DiCaprio and Kate Winslett, who is every bit as ravishing as she was back in 1997, although the actress herself can’t bear to see the scenes where she bares it all. She told an interviewer at the London premiere that she would “probably be at the bar by that part of the film.” 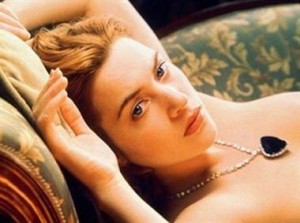 Too bad, it is equal parts art and erotica seeing her wearing nothing by a 55-carat diamond necklace.

By today’s standards, the CGI seems kind of lame, but the movie itself still looks so much better in the theater.  Even with big screen high definition televisions, there’s something about “Titanic” that makes for a more enjoyable cineplex experience.  The 3D animations doesn’t have water or pieces of the ship coming out at you. What it does achieve is to give a good deal of depth perception.  And I don’t mean bottom of the ocean stuff, but instead, as DiCaprio’s Jack Dawson is walking through a room, or sitting at the dinner table, the background seems further away, and the foreground appears closer.

As always, it the richness of the characters and the painstaking efforts to replicate the ship itself that makes the film.  Face it, we all know what happened.  A very big ship, with not enough lifeboats, hits an iceberg, and sinks in the frigid Atlantic.  A lot of people died.

One of the more fascinating things was coming home from the movie and watching the Titanic special that the Nat Geo channel ran last weekend.  It features Cameron and a group of experts try to figure out exactly what happened when the giant vessel plummeted to the ocean floor faster than Ozzie Guillen’s credibility.

Titanic is still quite the spectacle, and even with the $12 ticket price, perhaps a better deal than an equally long Red Sox game.  My rating a home run – three and a half stars.